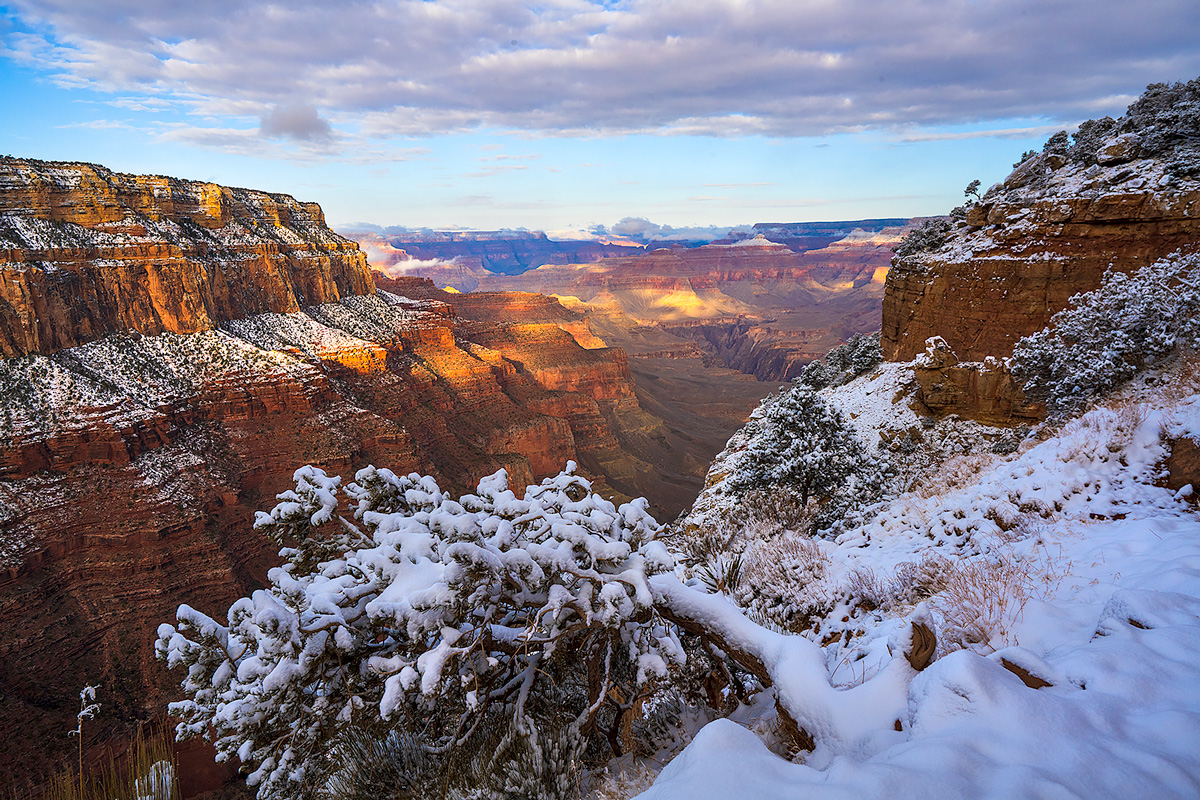 I am a full time landscape and nature photographer based out of Flagstaff, Arizona. I opened my first gallery at Hillside, Sedona in May 2019, and am currently concentrating on the unique landscapes of Northern Arizona.
View all posts by Stan Rose →
This entry was posted in Uncategorized and tagged Grand Canyon, snow, South Kaibab Trail, sunrise, winter, Yaki Point. Bookmark the permalink.