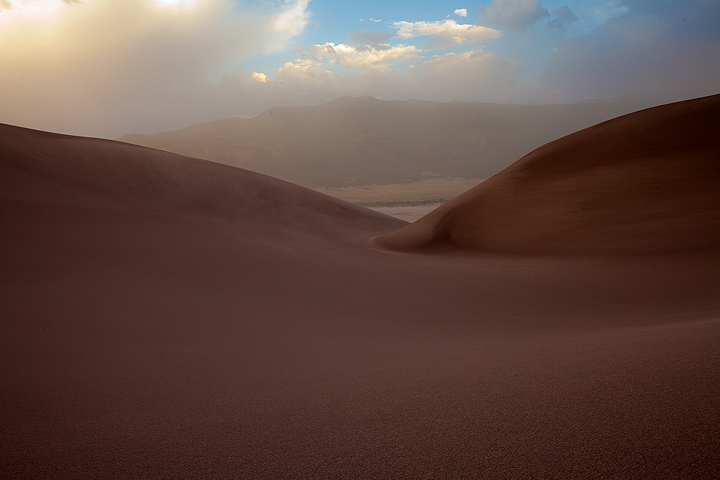 Shortly after the last shot, I noticed a storm building to the southwest, and the San Luis Valley quickly dissapearing beneath a wall of dust. A few minutes later, and I could see the top of a star dunes on the far southern side of the dune mass being blown off by hellacious winds! It was a microburst from the storms to the Southwest. I knew i had little time to spare, since i was on the exposed crest of the dunes; so I ran like heck down the sandy slope--but not in time, as 50-70 mph winds suddenly blasted me from behind. It felt like I was being clobbered by a large swath of sandpaper! I ducked down behind a dune crest to try to get some shelter. It was impossible to take any photos, but after a few minutes I managed to pull out my camera, crouched real low with my tripod planted in the soft sandy slope, and took this shot looking towards Mosca Pass.
Photo © copyright by Stan Rose.